Georgia State comes into this one having won 8 in a row. They took down the Louisiana Rajin' Cajuns 73-84 most recently in the conference semifinal. The Panthers shot 45.2% from the field,37.5% from three, and hit 22 of 30 from the line. They also had assists on 17 of their 28 makes in the game. Corey Allen led the team with 21 points, while Eliel Nsoseme contributed with 17 points and 12 rebounds. Georgia State outrebound the Cajuns by 4, while also committing 4 less turnovers. Georgia State is averaging 80.7 points per game, while giving up 72.3 to the opposition. Corey Allen leads the team with 15.2 points per game this season. Nsoseme is leading the team with a 62.1% shooting percentage, and 10.1 rebounds per game.

Appalachian State has now won 3 in a row following their 64-61 victory over Coastal Carolina in the conference semifinals. They were able to win despite shooting 29.9% from the field, but were slightly better from three shooting 32.3%. Thirteen of their 20 makes came via assist. Michael Almonacy and Adrian Delph each had 19 points to lead the Mountaineers. They held the Coastal Carolina to 3-20 shooting from three. Appalachian State was outrebounded 51-39 but committed 10 fewer turnovers, which was a huge factor in the win. The Mountaineers are averaging 70.6 points per game and giving up 64.2 to their opponents. Justin Forrest leads the team with 13 points per game.

Appalachian State took care of business both times these two played earlier this season. Since then they have gone 4-6, while Georgia State has gone 8-1. Georgia State has been playing the better basketball, but they haven't been blowing people out in that time. The Mountaineers know what it takes to beat this Panthers team, and should be able to keep this close. Give me Appalachian State to cover. 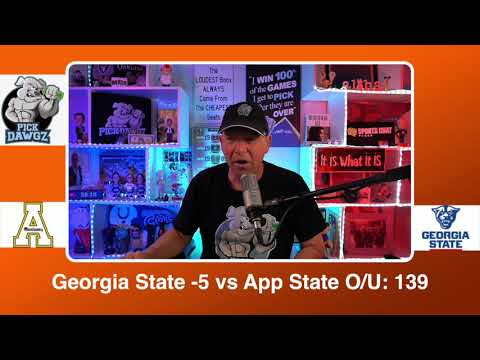