Baylor is coming off an 81-70 win over Oklahoma State in its last game at home on March 4th. After taking its first loss of the season against Kansas, Baylor was able to bounce back with two strong wins over West Virginia and OK State. Baylor is ranked #3 in the nation and has a 20-1 record overall with a 12-1 conference record. Baylor is also 14-7 against the spread this season. Baylor's leading scorer so far this season has been G Jared Butler, who has scored 17.1 points per game for the Bears. Baylor as a team has scored 85.2 points per game and has shot the ball at a 49.6% clip from the field. Baylor has also allowed 65.2 points per game to its opponents as well.

Baylor opens as an 8-point favorite and the total is set at 139. At first glance, this spread seems a bit too steep for my liking. Baylor is certainly still the best team in the Big 12, but I am not sure the Bears are 8 points better than Texas Tech even at home. I think the strongest play in this one is on the under, as I believe this will be a more defensive game than Baylor is used to. Chris Beard's defense has not been the best we have seen from him this season, but it is still one of the best in the country. 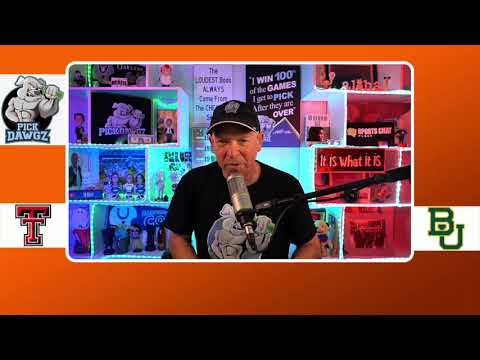