The Penn State Nittany Lions will travel to the XFINITY Center to take on the Maryland Terrapins this Sunday night in College Basketball action.

Defensively, Penn State is allowing their opponents to average 73.8 ppg on 46.7% shooting from the field. The Nittany Lions have a rebound margin of 1.3 and a turnover margin of 2.7.

Defensively, Maryland is holding their opponents to an average of 64.7 ppg on 40.7% shooting from the field. The Terrapins have a rebound margin of 0.4 and a turnover margin of -0.1.

Maryland dropped a tough game at Northwestern, however, the Terrapins have been playing some great basketball as of late and have played themselves into consideration for the NCAA Tournament with recent victories against Purdue, Rutgers, & Michigan State. Penn State picked up a nice win against Minnesota, however, the Nittany Lions have lost 5 of their last 7 games and have struggled on both ends of the court this season as they come into this game ranked just 303rd in FG%, 261st in scoring defense, & 298th in defensive FG%. Penn State is just 2-8 on the road this season and between the fact that Maryland is going to want to end their regular season with a strong victory to boost their chances for an at-large bid and that the Terrapins have won their last 4 home games, I think the play here is to take Maryland to cover this mid-range spread. Good Luck! 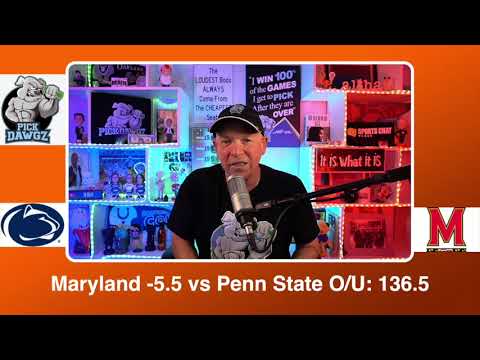