The Memphis Tigers will be heading on the road to face the Houston Cougars this Sunday. This is the first matchup between the teams this season.

Memphis heads into this game having won 6 straight games. In their last game, they came away with a 73-52 victory on the road against the South Florida Bulls. Memphis shot 42.6% from the field, and 44% from deep. They had assists on 14 of their 23 field goals in the game. Boogie Ellis led the team with 18 points. DeAndre Williams had a double-double with 13 points and 10 rebounds. The Tigers held USF to 32% shooting from the field and 16.7% from three. The Tigers controlled the glass, outrebounding the Bulls 46-28. They are averaging 72.5 points per game, while allowing 62.1 to thier opponents. Landers Nolley II leads the team with 13.1 points per game.

The Houston Cougars will come into this game having won three straight. Most recently they came away with a 98-52 victory at home against USF. The Cougars shot a blistering 60% from the field, and 45.5% from three. They had assists on 27 of their 39 makes from the field. Quentin Grimes led the team with 22 points. DeJon Jarreau also contributed with 16 points and 8 rebounds. The Cougars limited USF to 36.5% shooting, and outrebounded them by 5. Houston is averaging 77.6 points per game, while allowing 57.3 to their opponents. Grimes leads the team with 17.6 points per game.

Houston has not lost at home in their 14 games played this season. Most of those games have been double digit victories. Memphis has been hot, but they have been playing against the bottom of the conference. Houston is different at home, and their main guy Quentin Grimes has been on a great run. In his last three, he is averaging 25 points per game. Give me Houston to cover at home. 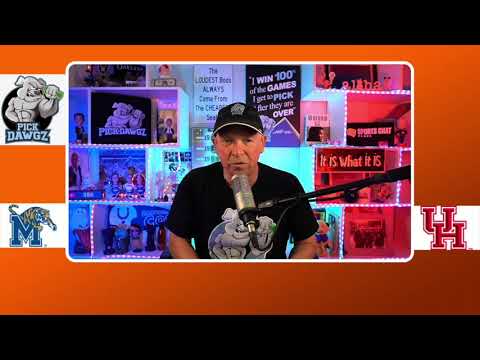