The Xavier Musketeers and Marquette Golden Eagles face off on Saturday in a college basketball showdown at Fiserv Forum.

The Xavier Musketeers come into this game with a 13-6 record overall but they have lost two of their last three games. In the last game against Georgetown, they were competitive, but the offense couldn’t make enough plays and that led to the six point defeat. On the season, Xavier is averaging 75.9 points per game while their defense is giving up 70.4 points per game. Xavier is shooting 46.1 percent from the field and 33 percent from behind the three point line. Zach Freemantle has been the best player for this team averaging 16.7 points while shooting 51.6 percent from the field.

On the other side of this matchup is the Marquette Golden Eagles who sit with a 12-13 record overall but they have won three of their last four games. In the last game against DePaul it was probably closer than they wanted, but they still came away with a six point victory. Marquette on the season is averaging 70.7 points per game while their defense is giving up 70.3 points per game. The offense at times has been inconsistent and will need to be improved in this game. Forward Dawson Garcia has been the best player for Marquette so far this season averaging 13.2 points while shooting 48.7 percent from behind the three point line.

Marquette has struggled to cover the spreads as of late and there is no reason to believe that is going to change in this game. Look for Xavier to get their offense back on the right track and c2me away with a cover of the spread. 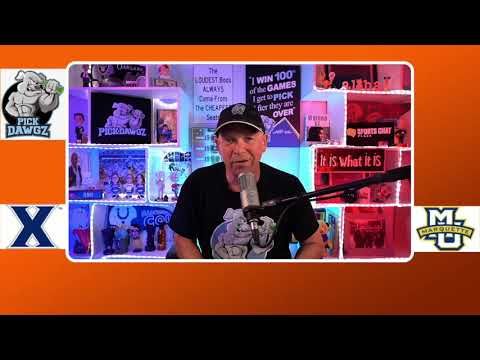