The Virginia Cavaliers and Louisville Cardinals face off on Saturday  in a college basketball showdown at the KFC Yum! Center.

The Virginia Cavaliers come into this game with a 16-6 record overall but they have lost three of their last four games. The one win during that stretch was against Miami in their last game and the defense was elite in that game giving up only 51 points. Virginia on the season is averaging 68.5 points per game while their defense is giving up 60.2 points per game. Virginia is led by Sam Hauser who averages 15.5 points and shoots 51 percent from the field and 44.5 percent from deep.

On the other side of this matchup is the Louisville Cardinals who sit with a 13-5 record overall and they have won two games in a row. In the last game against Duke it took overtime to get the job done but they were able to come away with the seven point victory. Louisville on the season is averaging 69.2 points per game while their defense is giving up 66.2 points per game. Louisville is led by Carlik Jones who averages 17.6 points and shoots 42.1 percent from the field and 32.7 percent from deep.

Louisville is 9-1 at home this season and there is no reason to believe in this game it’s going to change. Look for Louisville’s offense to find enough offensive success to come away with a cover of the spread. Back Louisville against the spread. In terms of the total, i expect this is going to be an up tempo game that goes over the low total. 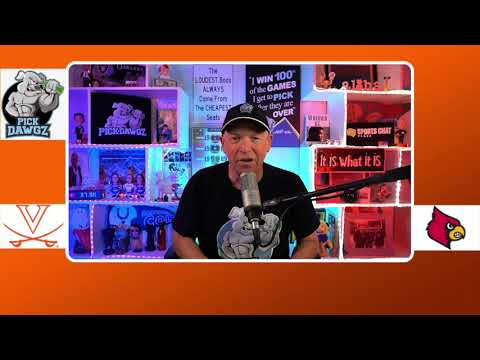