The Vanderbilt Commodores and Ole Miss Rebels face off on Saturday in a college basketball showdown at The Pavilion.

These two teams faced off earlier this season and it was Vanderbilt that was able to come away with the five point victory.

The Vanderbilt Commodores are having another down year and coming into this game they sit with an 8-14record overall. Even with the struggles, they are coming off a big win in their last game against Cincinnati. The offense was strong scoring 78 points in the last game and that led to the victory. Vanderbilt on the season is averaging 73 points per game while their defense is giving up 73.5 points per game. Vanderbilt is shooting 43.5 percent from the field and 35.5 percent from behind the three point line. Scotty Pippen Jr has been the best player for Vanderbilt averaging 21.3 points while shooting 44.9 percent from the field.-

On the other side of this matchup is the Ole Miss Rebels who sit with a 14-10 record overall and they have won two of their last three games. In the last game against Kentucky, the defense was strong giving up only 62 points and that led to the defeat. Ole Miss on the season is averaging 69.2 points per game while their defense is giving up 63.8 points per game. Ole Miss is shooting 43.3 percent from the field and 29.6 percent from behind the three point line. Devontae Shuler has been the best player for Ole Miss averaging 16 points while shooting 41.3 percent from the field.

This is a series that the underdog has found success and that is going to be the case again in this one. Look for Vanderbilt to have success scoring and that will be the difference as the Commodores come away with a victory. 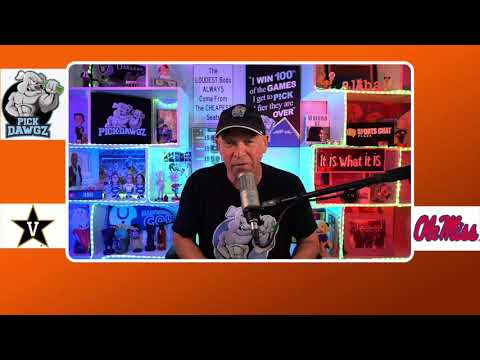