The USC Trojans and UCLA Bruin’s face on Saturday in a college basketball showdown at Pauley Pavilion.

The USC Trojans come into this game with a 20-6 record overall but coming into this one they have lost two of their last three games. The one win during that stretch was in their last game against Stanford, a game they only gave up 42 points in. USC on the season is averaging 74.7 points per game while their defense is giving up 64.2 points per game. USC is shooting 46.5 percent from the field and 34.7 percent from behind the three point line. USC is led by Evan Mobley who averages 16.2 points and shoots 58.2 percent from the field and 30 percent from deep.

On the other side of his matchup is the UCLA Bruins who sit with a 17-7 record overall and coming into this game they have lost two games in a row. In the last game against Oregon, the defense struggled giving up 82 points and that led to the eight point loss. UCLA on the season is averaging 73 points per game while their defense is giving up 68.1 points per game. UCLA’s offense has been inconsistent at times and they are going to need more production from that side of the ball in this game. UCLA is led by Johnny Juzang who averages 14.1 points and shoots 40.9 percent from the field and 35.5 percent from deep.

UCLA still doesn’t have a loss at home, and I’m not willing to bet against them at this point. UCLA is going to find offensive success and come away with a cover of the spread. 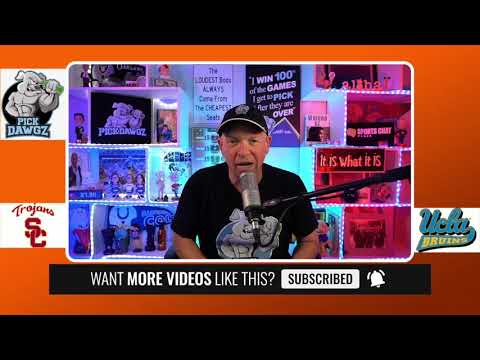