The South Carolina Gamecocks and Kentucky Wildcats face off onSaturday in a college basketball showdown at Rupp Arena.

The South Carolina Gamecocks come into this game with a 6-13 record overall and coming into this game they have lost seven of their last eight games. In the last game against Arkansas, the defense really struggled giving up 101 points and that led to the blowout loss. South Carolina on the season is averaging 73.7 points per game while their defense is giving up 78.6 points per game. South Carolina is only shooting 31.5 percent from behind the three point line,and they are going to need to hit a few of those in this game. AJ Lawson has been the best player for South Carolina this season averaging 17.4 points while shooting 40.7 percent from the field and 36.7 percent from behind the three point line.

On the other side of this matchup is the Kentucky Wildcats who sit with an 8-15 record overall and they have lost two games in a row. In the last game against Ole Miss the offense could only manage 62 points and that led to the loss. Kentucky on the season is averaging 69.4 points per game while their defense is giving up 70.3 points per game. Kentucky is shooting 41.3 percent from the field and 32.2 percent from behind the three point line. Brandon Boston Jr. has been the best player for Kentucky averaging 11.6 points while shooting 35.2 percent from the field.

Kentucky hasn’t found a lot of success this season but they are the more talented team and they are going to have no issue getting the job done in this game. Back Kentucky against the spread. 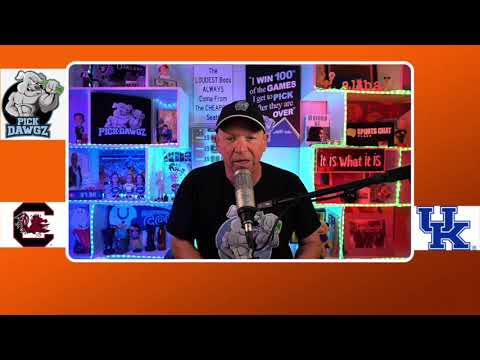