The Pittsburgh Panthers and Clemson Tigers face off on Saturday in a college basketball showdown at Littlejohn Coliseum.

The Pitt Panthers come into this game with a 10-10 record overall but over their last ten games they have only two wins. One of those wins during that stretch was in their last game against Wake Forest. The defense locked down giving up only 57 points and that led to a 13 point victory. Pittsburgh on the season is averaging 71.5 points per game while their defense is giving up 69.3 points per game. Pittsburgh is shooting 42.9 percent from the field and 32.6 percent from behind the three point line. Justin Champagne has been the best player for Pittsburgh averaging 18.7 points while shooting 49.6 percent from the field and 33.9 percent from deep.

On the other side of this matchup is the Clemson Tigers who sit with a 15-6 record overall and coming into this game they have won five of their last six games. The one loss during that stretch was against Syracuse in the last game. The offense could only manage 54 points and that led to the 64 point loss. Clemson is averaging 64.8 points per game while their defense is giving up 61.8 points per game. Aamir Simms has been the best player for Clemson this season averaging 13.2 points while shooting 54 percent from the field. Simms is the only player who is averaging double figures, for this team but this game is going to come down to the defense.

Clemson is going to lock down with the defense and that is going to lead to a low scoring game. Back the under to cash with ease. 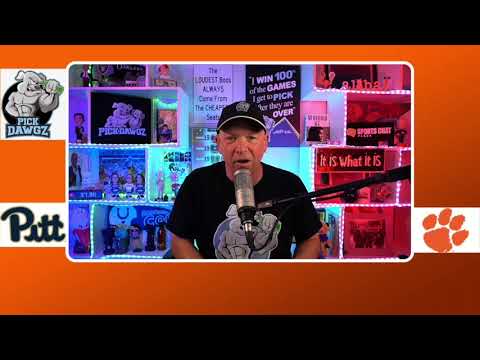