The Oklahoma State Cowboys and West Virginia Mountaineers face off on Saturday in a college basketball showdown at WVU Coliseum.

These two teams faced off earlier this season and it was West Virginia that was able to come away with an 87-84 victory.

The Oklahoma State Cowboys come into this game with a 17-7 record overall and they have won five of their last six games. The only loss during that stretch was in their last game against the Baylor Bears, a game they lost by 11 points. Oklahoma State on the season is averaging 76.3 points per game while their defense is giving up 72 points per game. Oklahoma State is shooting 46.2 percent from the field and 33.9 percent from behind the three point line. Cade Cunningham is the best player on this team, but he is dealing with an ankle injury and it’s unclear if he is going to be able to go in this game.

On the other side of this matchup is the West Virginia Mountaineers who sit with an 18-7 record overall and they have won four of the last five games. The only loss during that stretch came against Baylor during overtime. In the last game against TCU they bounced back with a win, but they failed to cover the spread. West Virginia on the season is averaging 77.5 points per game while their defense is giving up 71.6 points per game. Guard Miles McBride has been the best player for West Virginia averaging 15.4 points while shooting 41.9 percent from the field and 42.6 percent from behind the three point line.

Even if Cunningham does play in this game, I don’t trust them to find a whole lot of success because his ankle will still be banged up. Look for West Virginia to come away with a cover of the spread. 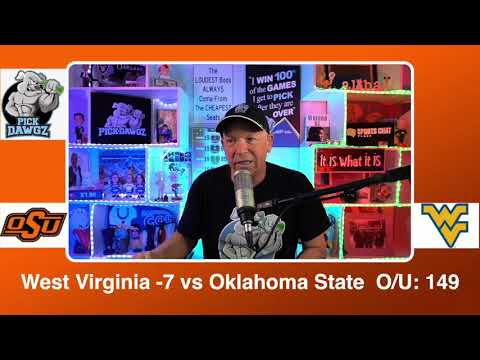