The LSU Tigers come into this game with a 15-8 record overall but coming into this game they have lost two of their last three games. The one win during that stretch was against the Vanderbilt Commodores, a game they scored 83 points in. LSU on the season is averaging 82.5 points per game while their defense is giving up 75.2 points per game. LSU is shooting 46.7 percent from the field and 34.7 percent from behind the three point line. LSU is led by Cameron Thomas who averages 22.8 points and shoots 40.7 percent from the field and 30.6 percent from deep. In this game for LSU it’s all going to be about the offense running up the score.

On the other side of this matchup is the Missouri Tigers who come into this game with a 15-7 record overall and coming into this game they have won two of their last three games. In the last game against Florida, the offense was strong enough putting up 72 points and that led to a victory. Missouri on the season is averaging 73.8 points per game while their defense is giving up 71.5 points per game. In this game for MIssouri it’s going to be about the defense slowing down the LSU offense. Missouri is led by Dru Smith who averages 14 points and shoots 44.5 percent from the field and 38.5 percent from deep.

When these two teams face off the over has been a strong play and there should be no shortage of scoring in this game. Look for LSU to run up the score, and Missouri will also attack tehir weak defense. Look for this game to go over the total. 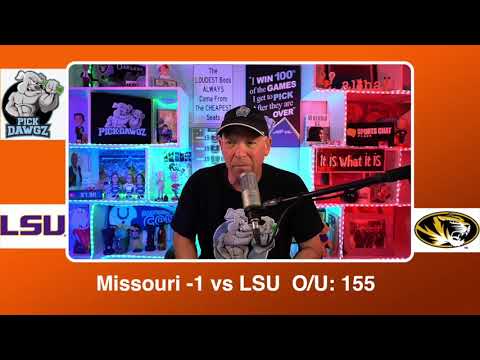