The Indiana Hoosiers and Purdue Boilermakers face off on Saturday in a college basketball showdown at Mackey Arena.

These two teams faced off earlier this season and Purdue was able to win 81-69.

The Indiana Hoosiers are having another big season and coming into this game they sit with a 12-13 record overall. Indiana has lost four games in a row and they have failed to cover the spread in each of their last four games.Indiana on the season is averaging 71 points per game while their defense is giving up 69.8 points per game. Indiana on the season is shooting 43.7 percent from the field and 33.6 percent from behind the three point line. Trayce Jackson-Davis has been the best player for Indiana averaging 19.4 points while shooting 51.7 percent from the field.Three different players are averaging at least 11 points per game.

On the other side of this matchup is the Purdue Boilermakers who sit with a 17-8 record overall and coming into this game they have won four games in a row. Each of the last four games, Purdue has been able to cover the spread. Purdue on the season is averaging 71 points per game while their defense is giving up 65.8 points per game. Forward Trevion Williams has been the best player for Purdue averaging 15.6 points while shooting 52.5 percent from the field. In this game for Purdue it’s going to be about the defense being strong again.

Purdue is the better team and they are going to have no issue getting the job done in this game. Purdue’s defense is going to lock down and that will lead to Purdue coming away with a win and a cover of the spread. 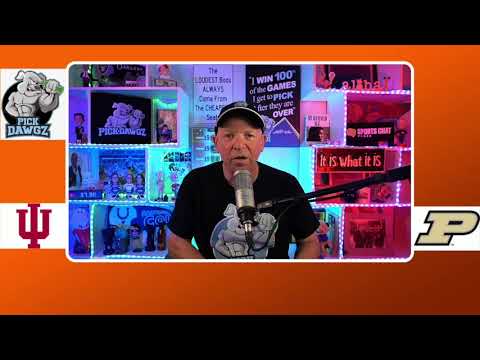