The Ohio State Buckeyes and Illinois fighting illini face off in a college basketball showdown on Saturday at  Value City Arena.

The Ohio State Buckeyes currently sit with an 18-7 record overall but coming into this game they have lost three games in a row. In the last game against Iowa, the offense could only manage 57 points and that led to a 16 point defeat. Ohio State on the season is averaging 77.2 points per game while their defense is giving up 69.8 points per game. Ohio State is led by E.J. Liddell who averages 15.9 points and shoots 50 percent from the field and 35.3 percent from deep. In this game for Ohio State it’s going to be about the defense locking down and making life tough on the Illinois offense.

On the other side of this matchup is the Illinois Fighting Illini who sit with an 18-7 record overall and coming into this game they have won three games. In a row. In the last game against Michigan the defense was elite giving up only 53 points and that led to the victory. Illinois on the season is averaging 77.8 points per game while their defense is giving up 66.2 points per game. Illinois is led by Ayo Dosunmu who averages 21 and shoots 48.6 p[ercent from the field and 40 percent from deep.The big question heading into this game for Illinois is the status of Dosunmu who is dealing with a broken nose and is questionable for this game. 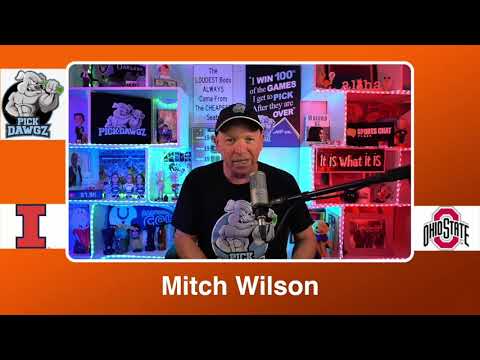