The Georgetown Hoyas and UConn Huskies face off on Saturday in a college basketball showdown at Gampel Pavilion.

On the other side of this matchup is the UConn Huskies who sit with a 13-6 record and they have won three games in a row. This is a team that is finally healthy and now this team looks like it could make a run in the tournament. On the season,Uconn is averaging 70.9 points per game while their defense is giving up 64.3 points per game. UConn is shooting 43.6 percent from the field and 33.6 percent from behind the three point line. James Bouknight has been the best player for UConn averaging 20.1 points while shooting 45.8 percent from behind the three point line.

UConn is the better team and they are going to have no issue getting the job done in this game. Look for UConn’s defense to step up in this game and that will lead to the Huskies coming away with a cover of the spread. 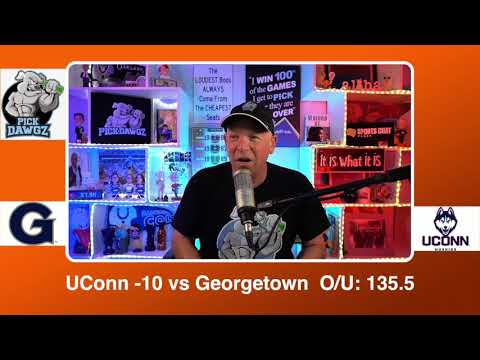