The Duke Blue Devils and North Carolina Tar Heels face off on Saturday in a college basketball showdown at Dean Smith Center.

The Duke Blue Devils come into this game with an 11-10 record overall and this is a game that they can't lose if they want any chance of keeping their NCAA tournament hopes alive. Each of the last two games, Duke has forced overtime, but they haven’t been able to win the games and that was two games they needed to have. Duke on the season is averaging 76 points per game while their defense is giving up 72 points per game. Duke is led by Matthew Hurt who is averaging 18.9 points while shooting 57.1 percent from the field and 45.9 percent from behind the three point line.

I don’t trust Duke, especially with them being on the road and they are going to struggle with their defense again in this game. North Carolina is going to run up the score and come away with a cover of the spread. 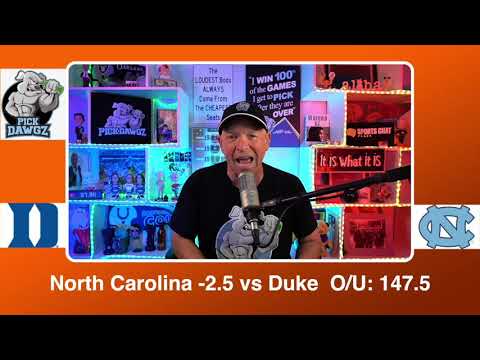