The Alabama Crimson Tide and Georgia Bulldogs face off on Saturday in a college basketball showdown at the Stegeman Coliseum.

These two teams faced off earlier this season and it was Alabama that was able to win 115-82.

On the other side of this matchup is the Georgia Bulldogs who sit with a 14-10 record overall but they have lost two of their last three games. In the last game against South Carolina the defense really struggled giving up 91 points and that led to a 21 point victory. Georgia on the season is averaging 77.4 points per game while their defense is giving up 78.4 points per game. Sahvir Wheeler has been the best player for Georgia averaging 13.8 points while shooting 39.6 percent from the field and 23.7 percent from behind the three point line.

The under is 7-3 in Alabama’s last 10 games overall. Georgia is 6-13 against the spread in their last 19 games played on Saturday. The over is 6-2 in the last eight meetings played between Alabama and Georgia.

When these two teams face off the over has been a strong play and there is going to be no shortage of scoring in this game. Look for a fast paced game by both teams that has no issue going well over the posted total. 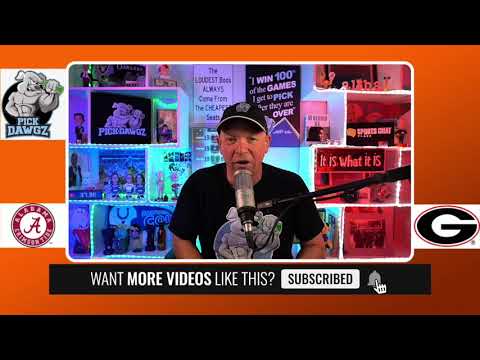