The UAB Blazers and North Texas Mean Green face off on Friday in a college basketball showdown at UNT Coliseum.

The UAB Blazers come into this game with a 19-6 record overall and coming into this game they have won two of their last three games. In the last game against UTSA, the defense really struggled giving up 96 points and that led to a 17 point loss. UAB on the season is averaging 71.1 points per game while their defense is giving up 61 points per game. UAB is shooting 44.6 percent from the field and and 30.1 percent from behind the three point line. Michael Ertel has been the best player for UAB averaging 12.3 points while shooting 40.7 percent from the field. Four different players are averaging at least ten points per game.

On the other side of this matchup is the North Texas Mean Green who sit with a 13-7 record overall and coming into this game they have won four of their last five games. The only loss during that stretch was by one point in their last game against Marshall. North Texas on the season is averaging 70.6 points per game while their defense is giving up 61.5 points per game. North Texas is shooting 48.7 percent from the field but only 21.2 percent from behind the three point line. Javion Hamlet has been the best player for North Texas averaging 14.1 points while shooting 43 percent from the field and 38.5 percent from behind the three point line.

North Texas is a good defensive team, but this total is just a little too low. I expect North Texas is going to score plenty and UAB will score just enough ot push this game over the total. Back the over to cash. 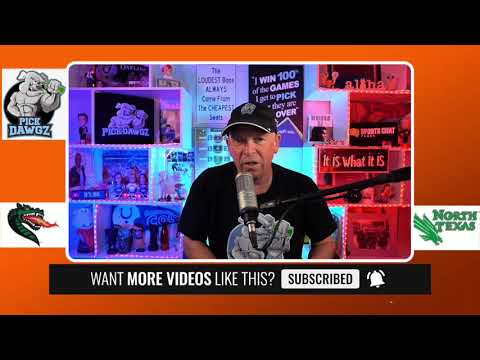