The Old Dominion Monarchs and Western Kentucky HIlltoppers face off on Friday in a college basketball showdown at Diddle Arena.

The Old Dominion Monarchs come into this game with a 14-6 record overall and coming into this game they have won three games in a row. In the last game against MIddle Tennessee, a game they were able to win by 13 points. Old Dominion on the season is averaging 69 points per game while their defense is giving up 68.9 points per game. Guard Malik Curry has been the best player for Old Dominion averaging 14.6 points while shooting 43.3 percent from the field and 27.3 percent from behind the three point line. At times the offense has been inconsistent and in this game, they need to get the offense going for the full game.

Western Kentucky is the more talented team and they are going to have no issue getting the job done in this game. Look for Western Kentucky’s defense to be strong and that will be the difference as the Hilltoppers will come away with a cover of the spread. 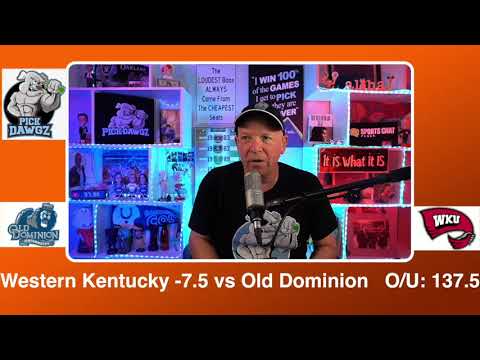