The UTEP Miners and Kansas Jayhawks face off on Thursday in a college basketball showdown at Allen Fieldhouse.

On the other side of this matchup is the Kansas Jayhawks who come into this game with an 18-8 record overall and their last win of the season was an impressive one over the Baylor Bears. The defense locked down in that game giving up only 58 points and that led to the victory. Kansas on the season is averaging 72.9 points per game while their defense is giving up 66.5 points per game. Kansas is shooting 43.7 percent from the field and 33.7 percent from behind the three point line. Forward David McCormack has been the best player for Kansas and coming into this game he is averaging 13.2 points while shooting 51.3 percent from the field .

Kansas is the better team and they have all kinds of confidence in this game. Look for Kansas defense to be strong again and that will lead to the Jayhawks coming away with a blowout victory. Back Kansas against the spread. 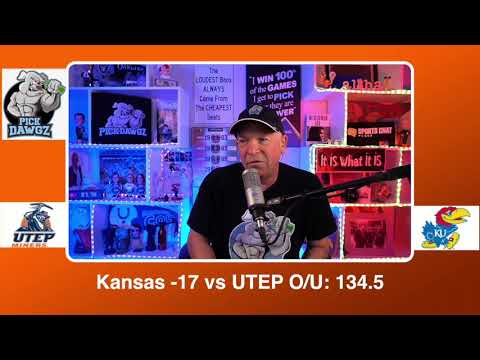