The Texas Longhorns and Oklahoma Sooners face on Thursday in a college basketball showdown at the Lloyd Noble Center.

The Texas Longhorns come into this game with a 15-7 record overall and over the last four games they have gone 2-2. This is a team that was playing really well early in the season, but as of late there were some major struggles. Texas on the season is averaging 75.1 points while their defense is giving up 68.5 points per game. Texas is shooting 44.7 percent from the field and 34.4 percent from behind the three point line. Guard Andrew Jones has been the best player for Texas averaging 14.8 points while shooting 40.1 percent from the field. Four different players are averaging at least 10 points per game, and they are going to need the offense to be strong early in this game.

On the other side of this matchup is the Oklahoma Sooners who sit with a 14-8 record overall and coming into this game they have lost three games in a row. Each of the last two games against the Oklahoma State Cowboys they were competitive, but they couldn’t make plays late and lost each game by four points. Oklahoma on the season is averaging 75.6 points per game while their defense is giving up 69.1 points per game. Austin Reeves has been the best player for Oklahoma averaging 17.5 points but at times he has been inconsistent as of late and that has led to the struggles.

I don’t trust Oklahoma laying any number of points in this game,and the safe play in this one is for Texas to come away with a cover of the spread. 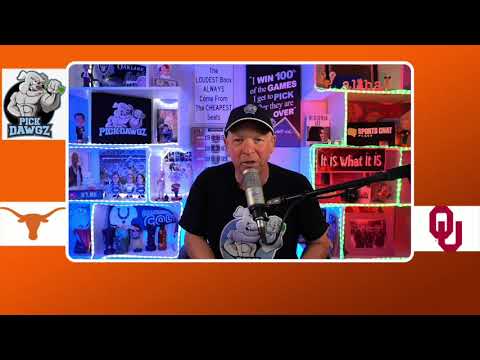