The Saint Joseph’s Hawks and UMass Minutemen will square off at the Robins Center this Thursday afternoon in the 2nd round of the A-10 Conference Championship.

The Saint Joseph’s Hawks finished their regular season with an overall record of 4-14 and earned the 13-seed in the A-10 Conference Tournament after finishing conference play with a 3-9 record. Saint Joseph’s squared off against the 12-seed La Salle Explorers on Wednesday and kept their season alive after defeating the La Salle by a 72-66 margin. Saint Joseph’s struggled a bit on the offensive end and trailed by a 39-34 margin at halftime, however, the defense was outstanding in the 2nd half and the Hawks were able to pull away after taking a 64-58 lead with 1:54 left in regulation. Saint Joseph’s shot 39.6% from the field and 35.0% from beyond the arc while La Salle shot 41.7% from the field and 32.0% from beyond the arc. Saint Joseph’s was outrebounded by La Salle by a 43-31 margin, however, did win the turnover battle by a 13-7 margin in the victory. Leading the way for the Hawks was Ryan Daly who had 23 points, 5 rebounds, 2 assists, 1 block, & 1 steal.

Defensively, Saint Joseph’s was allowing their opponents to average 82.6 ppg on 46.9% shooting from the field. The Hawks had a rebound margin of -7.0 and a turnover margin of -1.3.

The UMass Minutemen finished their regular season with an overall record of 7-6 and earned the 5-seed in the A-10 Conference Tournament after finishing conference play with a 6-4 record. UMass had trouble getting and staying on the court this season due to Covid-19 protocols as the Minutemen had 7 games cancelled this season. UMass was led by an explosive offense that ranked 82nd in scoring offense & 66th in three-pointers made per game, however, the defense struggled as the Minutemen ranked just 236th in scoring defense & 294th in defensive FG%. UMass was able to pick up some solid wins against Rhode Island this season, however, the Minutemen struggled against the top-tier opponents of the A-10 as they picked up losses against Davidson, Richmond, & Saint Louis.

Defensively, UMass is allowing their opponents to average 72.5 ppg on 46.6% shooting from the field. The Minutemen have a rebound margin of -2.5 and a turnover margin of 2.4.

UMass has a bunch of talent on this team and certainly can make a run in the A-10 tournament, however, the Minutemen just have not been able to play a lot of basketball together this season and I cannot say I was encouraged with their performances against Richmond & Saint Louis to end their regular season. Saint Joseph’s had a tough regular season, however, the Hawks have won four straight games, including wins against Dayton & Richmond and it was even more encouraging seeing the Hawks pull out a victory against La Salle behind their defense which has struggled all season.

Saint Joseph’s has some solid talent in Ryan Daly & Taylor Funk that should be able to matchup with UMass and as I think the Hawks have all the momentum and that this is going to be a high scoring game, I am taking Saint Joseph’s and the points while also putting some on the over. Good Luck! 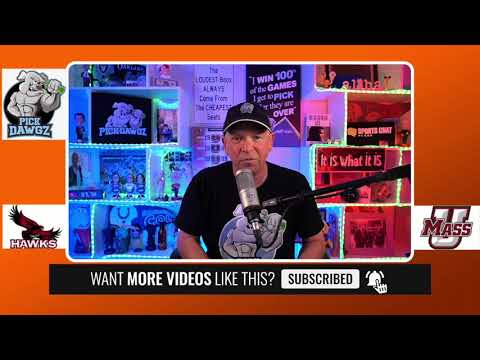