The Bears head into this one having won their last game on the road against 6th ranked West Virginia 94-89. Baylor was back to their scoring ways in this one, shooting 51.4% from the field and hitting 13 of their 31 attempts from three. They racked up 16 assists on their 36 makes. Jared Butler led the scoring for Baylor with 25 points and 6 assists. Davion Mitchell also played well with 20 points and 5 assists. Baylor allowed West Virginia to shoot 46.4% from the field and were outrebounded 36-32. The Bears also committed 22 fouls in the game, leading to 28-32 shooting from the line for the Mountaineers. Baylor is averaging 85.4 points per game this year, good for 5th in the nation. They are giving up an average of 65 points per game. Jared Butler leads the team with 16.9 points per game.

Oklahoma State comes into this game having won 5 in a row, and the last three were against ranked opponents. Last time out they came away with a 79-75 win over Oklahoma. The Cowboys shot an efficient 52.9% from the field, and went 20-27 from the line. They assisted on 15 of their 27 field goals. Kalib Boone led the way with 17 points and 9 rebounds, while star forward Cade Cunningham chipped in with 15 points, 7 rebounds, and 4 assists. The Cowboys outrebounded the Sooners 36-29, and committed 2 less turnovers. Oklahoma State is averaging 76.6 points per game, while allowing 71.6 to the opposition. Cade Cunningham leads the team with 19.5 points per game.

Baylor came away with a statement win on the road against West Virginia, proving they were able to bounce back after their first loss of the season. Now they are back home, where they have not lost all year. Oklahoma State on the other hand is peaking at the right time. Cunningham has been playing great as well, averaging 22.2 points per game during their 5 game winning streak. He has also gotten to the line over ten times a game in their last two games, while Baylor has committed over 20 fouls in each of their last two. Cunningham was out the last time these two played, and will be a huge factor in this game. Baylor may get the win, but 11.5 is too much to ask against these Cowboys. Give me the points and Oklahoma State. 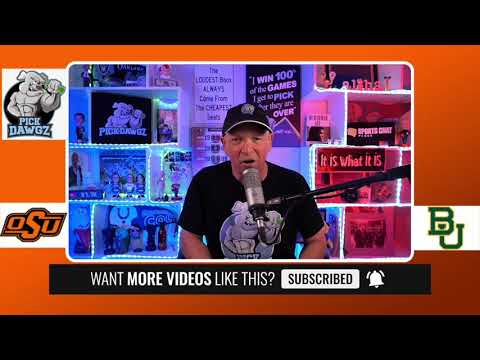