The Nebraska Cornhuskers and Iowa Hawkeyes face off on Thursday in a college basketball showdown at Carver-Hawkeye Arena.

The Nebraska Cornhuskers come into this game with a 7-17 record overall but they have won two games in a row. Nebraska two games ago beat Minnesota, and in the last game against Rutgers, the offense put up 72 points and that led to a 19 point victory. Nebraska on the season is averaging 68.3 points per game while their defense is giving up 73.3 points per game. Guard Teddy Allen has been the best player for Nebraska so far this season averaging 16.5 points while shooting 44.9 percent from the field and 37.6 percent from behind the three point line.

On the other side of this matchup is the Iowa Hawkeyes who sit with an 18-7 record overall and coming into this game they have won five of their last six games. In the last game against Ohio State, the defense was strong giving up only 57 points and that led to the victory. Iowa on the season is averaging 84.7 points per game while their defense is giving up 72.4 points per game. Iowa likes to push the pace and there is no reason to believe that won’t happen again in this game, but at times the defense has been a big issue. Center Luka Garza has been the best player for Iowa this season averaging 24.3 points while shooting 55.1 percent from the field.

Nebraska doesn’t play any defense and that is going to be the case again in this game. Look for Iowa to score plenty and the pace of play is going to allow for this game to go well over the total. In terms of the side it’s a lean for Iowa to cover the spread. 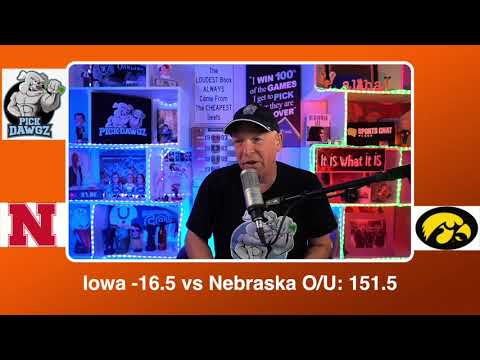