The Michigan State Spartans and Michigan Wolverines face off on Thursday in a college basketball showdown at Crisler Center.

The Michigan State Spartans come into this game with a 14-10 record overall but they have won four of their last five games. In the last game against the Indiana Hoosiers, the defense was strong giving up only 58 points and that led to a six point victory. On the season, Michigan State is averaging 70.3 points per game while their defense is giving up 71 points per game. At this point MIchigan State is on the bubble so this needs to be treated like a must win game. Forward Aaron Henry has been the best player for Michigan State averaging 15.4 points while shooting 45 percent from the field and 28.2 percent from behind the three-point line.

On the other side of this matchup is the Michigan Wolverines who sit with an 18-2 record overall and one of those losses did come in their last game against Illinois. The offense could only score 53 points against Illinois and that led to a 23 point loss. Michigan on the season is averaging 77.6 points per game while their defense is giving up 65.8 points per game. Michigan is shooting 49.1 percent from the field and 38.8 percent from behind the three point line. The offense struggled in the last game, and that can’t happen again in this one. Center Hunter DIckinson has been the best player for Michigan averaging 14.4 points while shooting 60 percent from the field. Three different players are averaging at least 12 points per game.

Michigan is the better team but Michigan State has been competitive as of late and they are going to keep this game close. Look for the Spartans to come away with a cover of the spread. 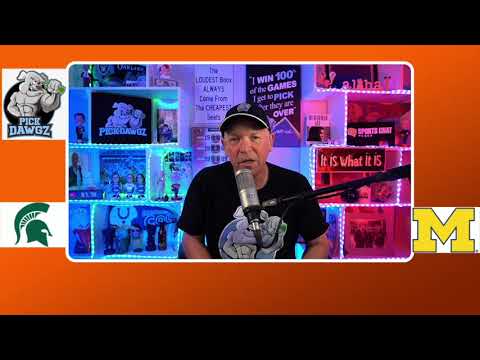