The Arizona State Sun Devils will travel to the CU Events Center to take on the 24th ranked Colorado Buffaloes this Thursday night in College Basketball action.

Defensively, Arizona State is allowing their opponents to average 76.4 ppg on 44.8% shooting from the field. The Sun Devils have a rebound margin of -7.4 and a turnover margin of 4.8.

The 24th ranked Colorado Buffaloes won their 3rd straight game and improved to 19-7 on the season after defeating the UCLA Bruins, 70-61, this past Saturday night. Colorado trailed by a 35-34 margin at halftime, however, the Buffaloes were outstanding defensively in the 2nd half and was able to pull away late after taking a 64-57 lead with 5:14 left in regulation. Colorado shot 46.3% from the field and 33.3% from beyond the arc while UCLA shot 45.7% from the field and 38.5% from beyond the arc. Colorado was outrebounded by UCLA by a 31-26 margin, however, the Buffaloes were able to win the turnover battle by a 14-6 margin. Leading the way for the Buffaloes was McKinley Wright IV who had 26 points, 5 rebounds, 6 assists, 1 block, & 1 steal.

Defensively, Colorado is holding their opponents to an average of 63.0 ppg on 41.7% shooting from the field. The Buffaloes have a rebound margin of 3.6 and a turnover margin of 2.3.

Arizona State has been able to put together some wins as of late, however, as two of those wins came at home against Washington, I am not reading too much into the Sun Devils recently play, especially after needed OT to beat Washington State at home. The Sun Devils have a great player in Remy Martin, however, the Sun Devils have really struggled defensively this season and come into this game ranked just 293rd in scoring defense & 329th in rebound margin. Colorado can at times be inconsistent on the road, however, the Buffaloes have been outstanding at home, posting a 10-1 record, and between the fact that the Buffaloes rank 23rd in scoring defense and that Colorado can matchup Remy Martin with the talented McKinley Wright IV, I think Colorado pulls away in the 2nd half in this one and covers this double-digit home spread. Good Luck! 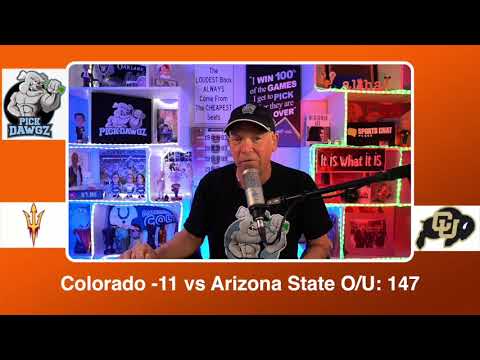