The Minnesota Golden Gophers and Penn State Nittany Lions face off on Wednesday in a college basketball showdown at the Bryce Jordan Center.

The Minnesota Golden Gophers come into this game with a 13-12 record overall but they have lost five games in a row. Each of the last three games, Minnesota has also failed to cover the spread. In the last game against Nebraska the defense struggled giving up 78 points and that led to a four point defeat. Minnesota is averaging 73.7 points per game while their defense is giving up 73.5 points per game. Minnesota is shooting 39.9 percent from the field and 28.9 percent from behind the three point line. Even though, Minnesota struggles from deep, they continue to shoot them, which has been an issue Liam Robbins is questionable for this game while Gabe Kalscheur will miss this game.

On the other side of this matchup is the Penn State Nittany Lions who sit with an 8-13 record overall and they have lost five of their last six games. In the last game against Purdue, the defense really struggled scoring only 52 points and that led to a 21 point loss. Penn State on the season is averaging 72.4 points per game while their defense is giving up 74.2 points per game. Myreon Jones has been the best player for Penn State averaging 15.4 points while shooting 39.9 percent from the field and 38.8 percent from behind the three point line. 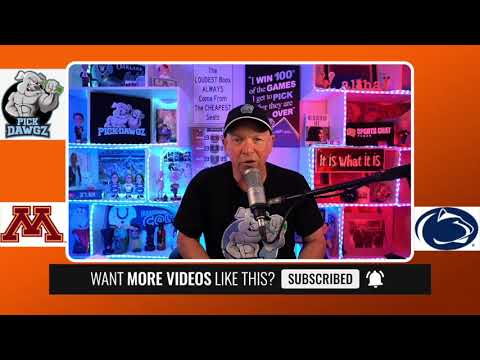