The Vanderbilt Commodores come into this game with a 7-13 record overall but they have lost three of their last four games. The one win during that stretch was in their last game against the Ole Miss Rebels by a final score of 75-70. Vanderbilt on the season is averaging 73 points per game while their defense is giving up 73.4 points per game. Vanderbilt is shooting 43.5 percent from the field and 35.7 percent from behind the three point line. Scotty Pippen Jr has been the best player for Vanderbilt averaging 20.5 points while shooting 43.3 percent from the field.

On the other side of this matchup is the LSU Tigers who sit with a 14-8 record overall but they have lost two games in a row. In the last game against Arkansas, the offense scored 75 points, but the defense gave up 83 points and that led to the defeat. LSU on the season is averaging 82.5 points per game while their defense is giving up 75.5 points per game. LSU wants to get up and down and push the pace but most of the time their defense really doesn’t have much success. Guard Cameron Thomas is averaging 22.8 points per game and has been the leader of this team. To come away with the victory it’s going to be about the defense stepping up in a big way. 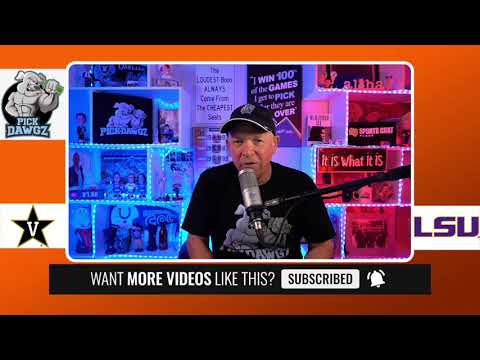