The Texas Longhorns and Iowa State Cyclones face off on Tuesday in a college basketball showdown at HIlton Coliseum.

The Texas Longhorns come into this game with a 14-7 record overall but they have lost two of their last three games. In the last game against Texas Tech the offense scored only 59 points and that led to a nine point defeat. Texas is shooting 74.9 points per game while their defense is giving up 68.6 points per game. Guard Andrew Jones has been the best player for Texas averaging 15.1 points while shooting 40.7 percent from the field but only 29.9 percent from behind the three point line. Four different players are averaging at least ten points per game.

On the other side of this matchup is the Iowa State Cyclones who currently sit with a 2-18 record overall but each of the last two games they have been at least competitive the last two games in a row. Iowa State was leading two games ago at halftime against the Baylor Bears, and in the last game against TCU they lost by four points. Iowa State on the season is averaging 66.2 points per game while their defense is giving up 77 points per game. Rasir Bolton has been the best player for Iowa State averaging 15.4 points while shooting 45.5 percent from the field and 31.3 percent from behind the three point line.

All trends point towards the over and with the way Iowa State’s defense plays there should be no shortage of scoring in this game. The pace of the play will be fast and the over will cash with ease. 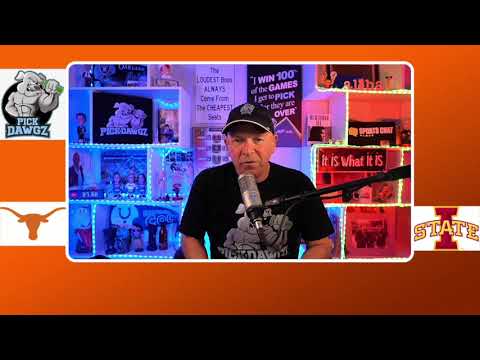