The Kentucky Wildcats and Ole Miss Runnin Rebels face off on Tuesday in a college basketball showdown at The Pavillion.

The Kentucky Wildcats come into this game with an 8-14 record but coming into this game they have won three of their last four games. The only loss during that stretch was in their last game against Florida, a game they lost by four points. Kentucky is averaging 69.7 points per game while their defense is giving up 70.3 points per game. Kentucky is shooting 41.5 percent from the field but only 32.6 percent from behind the three point line. Brandon Boston Jr has been the best player for Kentucky averaging 12 points while shooting while shooting 38 percent from the field. In this game for Kentucky, the defense is going to need to be good.

On the other side of this matchup is the Ole MIss Rebels who sit with a 13-10 record overall but they are coming off a loss in their last game against the Vanderbilt Commodores. The defense struggled giving up 75 points and that led to the loss. Ole Miss on the season is averaging 69.2 points per game while their defense is giving up 63.9 points per game. Ole Miss is shooting 44.2 percent from the field but only 28.5 percent from behind the three point line. Devonte Shuler has been the best player for Ole Miss averaging 16 points while shooting 40.7 percent from the field and 33.8 percent from behind the three point line.

Ole Miss has been a good team at home this year and even though Kentucky has found success as of late, I don’t trust them to get hte job done in this game. Ole Miss is going to find success and coming away with a cover of the spread. 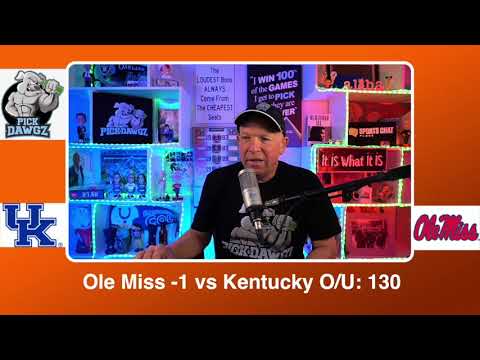