The Indiana Hoosiers and Michigan State Spartans face off on Tuesday in a college basketball showdown at the Breslin Center.

The Indiana Hoosiers come into this game with a 12-12 record overall but coming into this game they have lost three games in a row. in  the last game against Michigan the offense really struggled scoring only 57 points and that led to a 16 point loss. Indiana on the season is averaging 71.5 points per game while their defense is giving up 70.0 points per game. Indiana has been led by Trayce Jackson=Davis who is averaging 19.8 points while shooting 52.1 percent from the field. Three different players are averaging at least ten points per game.

On the other side of this matchup is the Michigan State Spartans who sit with a 13-10 record overall and coming into this game they have won three of their last four games. The only loss during that stretch came in their last game against the Maryland Terrapins. In that last game, Michigan State could only score 55 points and that led to the loss. Michigan State is averaging 70.6 points per game while their defense is giving up 71.6 points per game. Forward Aaron Henry has been the best player for Michigan State averaging 15.1 points while shooting 44.7 percent from the field and 27.5 percent from behind the three point line.

Michigan State has been inconsistent but they are still at home, and Indiana clearly has some issues right now. Look for Indiana’s offense to struggle and that will lead to Michigan State coming away with a cover of the spread. 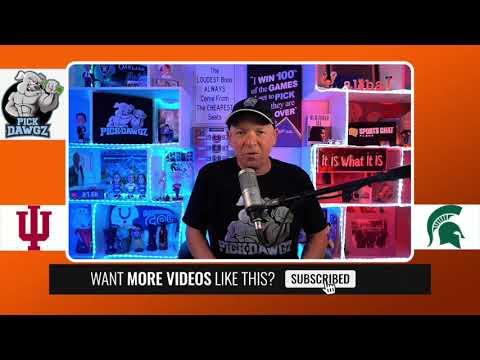