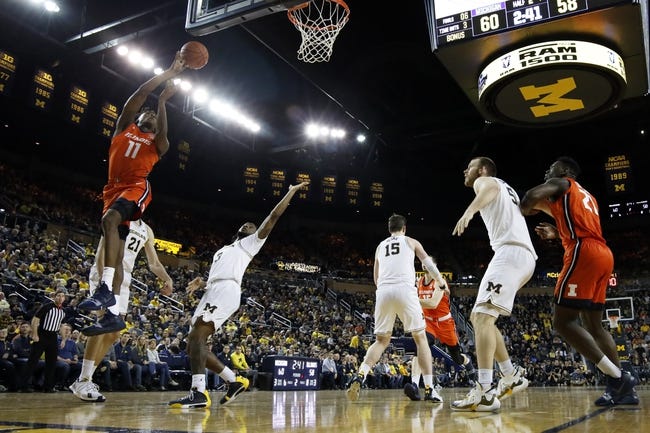 The Illinois Fighting Illini and Michigan Wolverines face off on Tuesday in a college basketball showdown at the Crisler Center.

The Illinois Fighting Illini come into this game with an 18-6 record overall and comg into this game they have won two games in a row. In the last game against Wisconsin, they were up big, almost blew it late, but held on to win 74-69 victory. Illinois on the season is averaging 81.2 points per game while their defense is giving up 69.2 points per game. Ayo Dosunmu has been the best player for Illinois but he is dealing with a face injury and it’s unclear if he is going to be able to go. The Fighting Illini haven’t had him for the last two games and they were still able to win.

On the other side of this matchup is the Michigan Wolverines who sit with an 18-1 record overall but they have won three games in a row. In the last game against Indiana the defense locked down giving up only 57 points and that was the difference. MIchigan on the season is averaging 78.8 points per game while their defense is giving up 65.2 points per game. Michigan is shooting 49.7 percent from the field and 39 percent from behind the three point line. Center Hunter Dickinson has been the best player for Michigan averaging 14.8 points while shooting 62.1 percent from the field.

Michigan is the better team and they are going to have no issue again in this game. Look for Illinois to struggle to score and that will lead to Michigan coming away with a cover of the spread. 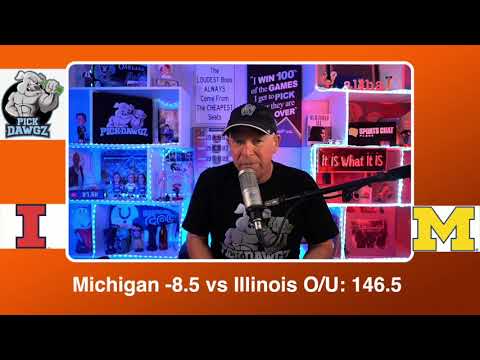