The Washington State Cougars will travel to Desert Financial Arena to take on the Arizona State Sun Devils this Monday afternoon in College Basketball action.

The Washington State Cougars (14-12) will look to avoid a two-game sweep at the hands of the Arizona State Sun Devils (10-11) after the Cougars were defeated by the Sun Devils by a 77-74 (OT) margin this past Saturday.  Washington State was able to fight back to force OT after trailing by a 62-56 margin with 4:25 left in regulation, however, lost the game in heart-breaking fashion of the Sun Devil’s Remy Martin hit a game-winning three-pointers as time expired. Washington State shot 40.7% from the field and 41.2% from beyond the arc while Arizona State shot 41.5% from the field and 28.0% from beyond the arc. Washington State won the rebounding battle by a 42-36 margin, however, the Cougars lost the turnover battle by a 16-11 margin in the loss. Leading the way for the Cougars was Noah Williams (15 points, 3 rebounds, 6 assists, 2 steals) while the Sun Devils were led by Remy Martin (23 points, 3 rebounds, 2 assists).

Defensively, Washington State is holding their opponents to an average of 67.6 ppg on 41.4% shooting from the field. The Cougars have a rebound margin of 3.0 and a turnover margin of -2.0.

Defensively, Arizona State is allowing their opponents to average 76.4 ppg on 44.8% shooting from the field. The Sun Devils have a rebound margin of -7.4 and a turnover margin of 4.8.

Washington State has lost 4 of their last 6 games and will most likely be without their top scorer in Isaac Bonton, however, I liked what I have seen from the Cougars over the past month, especially Noah Williams who has really picked up his scoring with Bonton out. Arizona State has had a disappointing season and has really struggled on the defensive end this season, coming into this game ranked 294th in scoring defense and between the fact that the Sun Devils are missing a few key players and that I think Washington State is playing the better basketball, I am taking Washington State and the points. Good Luck! 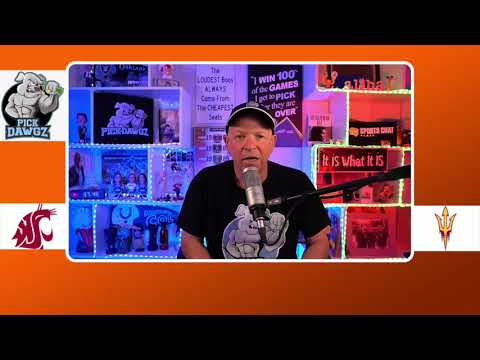