Where to Watch: Nevada +8 Stream College Basketball all season on ESPN+. Sign up now!

The Nevada Wolf Pack and Utah State Aggies face off on Sunday in a college basketball showdown at Smith Spectrum.

Nevada comes into this game with a 14-8 record overall and they had won four games in a row before losing their last game against Utah State. Nevada on the season is averaging 72.4 points per game while their defense is giving up 67.6 points per game. Nevada is shooting 44.2 percent from the field and 34.9 percent from behind the three point line. Grant Sherfield has been the best player for Nevada averaging 18.5 points while shooting 43.8 percent from the field.

On the other side of this matchup is the Utah State Aggies who sit with a 15-7 record overall and coming into this game they have lost two of their last three games. The two losses the defense really struggled and in this game they are going to need the defense to be strong early. Utah State on the season is averaging 74 points per game while their defense is giving up 63.4 points per game. Neemias Queta has been the best player for Utah State averaging 14.3 points while shooting 57.3 percent from the field

Utah State won the first game but it was close and I think that will be the case again in this one. Look for Nevada to find enough offensive success to keep this game close and cover the spread . Back Nevada against the spread. 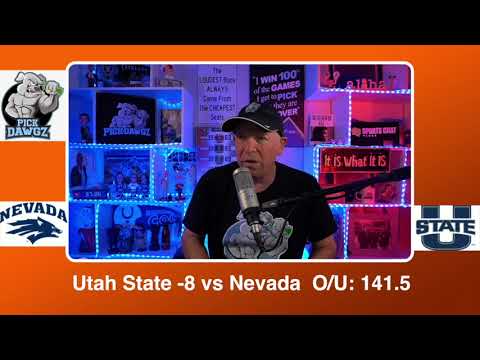