The Iowa Hawkeyes and Ohio State Buckeyes face off on Sunday in a college basketball showdown at Value City Arena.

The Iowa Hawkeyes come into this game with a 17-7 record overall but they are coming off a loss in their last game against the Michigan Wolverines. The offense in the last game could only manage 57 points and that led to the defeat. This is an Iowa team that usually has no issue scoring and it’s sometimes the defense that lets them down. Iowa on the season is averaging 85.2 points per game while their defense is giving up 73 points per game. Iowa is shooting 47.1 percent from the field and 40.1 percent from behind the three point line. Center Luka Garza has been the best player for Iowa averaging 24.3 points while shooting 54.8 percent from the field.

On the other side of this matchup is the Ohio State Buckeyes who sit with an 18-6 record overall but they have lost two games in a row. In the last game against Michigan State they really struggled in the second half and that led to the four point loss. Ohio State on the season is averaging 78 points per game while their defense is giving up 69.7 points per game. E.J. Liddell has been the best player for Ohio State averaging 16 points while shooting 49.4 percent from the field and 36 percent from behind the three point line.

I expect Ohio State is going to want to try and slow down the pace a bit and that slower pace is going to keep this game under the total. Back the under to cash. 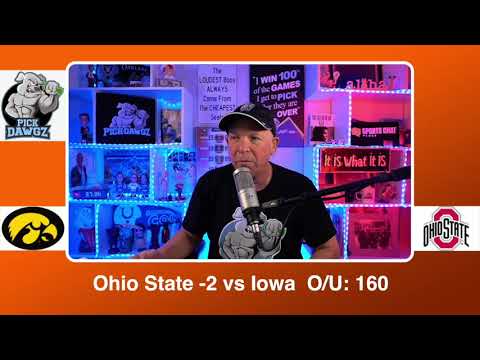