The USC Trojans and Utah Utes face off on Saturday in a college basketball showdown at the Jon M. Huntsman Center.

The USC Trojans come into this game with a 19-5 record overall but they have lost two of their last three games. IN the last game against Colorado, the defense really struggled giving up 80 points and that led to the defeat. USC on the season is averaging 75.1 points per game while their defense is giving up 64.8 points per game. Forward Evan Mobley has been the best player for this team averaging 16.7 points while shooting 59.5 percent from the field and 33.3 percent from behind the three point line. USC needs the defense to step up at home.

On the other side of this matchup is the Utah Utes who sit with a 9-11 record overall. Utah has lost four games in a row and in three of the four games they have failed to cover the spread. This is a team that used to have so much access at home, but that hasn’t been the case this year. In the last game against UCLA the offense scored only 61 points and that led to the defeat. Utah on the season is averaging 69 points per game while their defense is giving up 68.2 points per game. Timmy Allen has been the best player for Utah averaging 16.8 points per game while shooting 45.3 percent from the field.

USC has struggled to cover the spreads in Utah and I think that will be the case again in this one. Utah is going to find enough success to keep this game close. Back Utah against the spread. 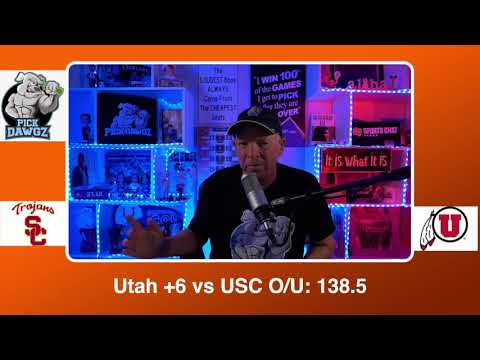