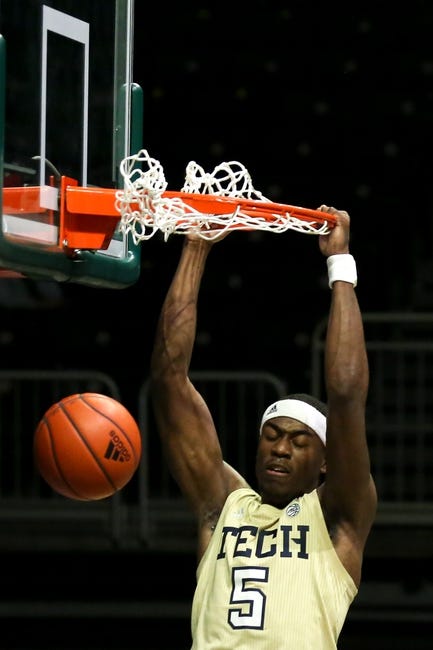 The Syracuse Orange will be heading on the road to face the Georgia Tech Yellow Jackets in an ACC matchup. Both of these teams are likely on the outside looking in at the tournament next month, so this is a must win game for both. This will be their first matchup of the season.

Syracuse heads into this game having lost their last game against Duke. They were on the road for the 85-71 defeat. Duke took a 52-34 halftime lead and never looked back. Syracuse shot poorly, hitting only 40.6% of their 69 shots, and went 8-24 from beyond the arc. Syracuse had assists on 10 of their 28 field goals. Buddy Boeheim led the way for the Orangemen with 21, hitting 5 of 9 from deep. Syracuse was torched by Duke, allowing 53.1% shooting and 13 of 29 three point attempts. Syracuse is averaging 76.3 points per game, while allowing 71 to their opponents. Boeheim leads the team with 15.5 points per game, while Quincy Guerrier leads with 9.3 rebounds.

Georgia Tech comes into this game having won three straight. They won their last matchup at home against number 16 Virginia Tech 69-53. Senior Moses Wright had a monster game with 26 points and 10 rebounds to lead the Yellow Jackets. The team shot 52% from the field in the game, and 40% from three. The Yellow Jackets had assists on 14 of their 16 makes. Georgia Tech held the Hokies to 41.3% shooting from the field. They won the turnover battle with just 7 to Virginia Tech's 16. The Yellow Jackets are averaging 74.6 points per game, while allowing 69.6 to the opposition this season. Do it all Senior Moses Wright leads the team with 16.8 points, 53.2% field goal percentage, 7.7 rebounds, and 1.7 blocks per game.

Georgia Tech is trending in the right direction at the right time. Their most recent win was one of their best of the year against a solid Virginia Tech team. They have played well at home all season, boasting a 9-3 record. Syracuse on the other hand are not the same team on the road, with a 2-6 record compared to 11-1 at home. They looked lost in the first half last game against Duke, which ended up costing them the game. They have been too inconsistent this season for me to back them on the road against a hot Georgia Tech team. Give me the Yellow Jackets to cruise to an easy win and cover. 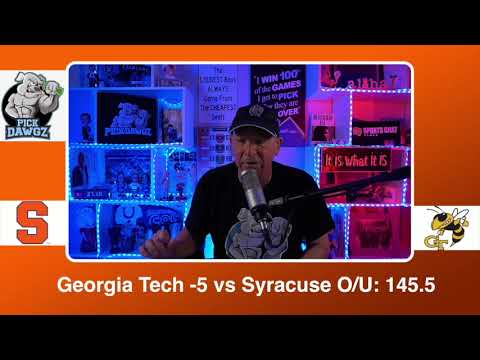