The Oregon Ducks and Cal Golden Bears face off on Saturday in a college basketball showdown at Haas Pavillion.

The Oregon Ducks come into this game with a 15-5 record overall and they come into this game having won six of their last seven games. In the last game against Stanford, it was a close battle, but Oregon was able to come away with the 71-68 victory. Oregon on the season is averaging 73.2 points per game while their defense is giving up 66.6 points per game. Oregon is shooting 45.7 percent from the field and 35.4 percent from behind the three point line. Chris Duarte has been the best player for Oregon averaging 17.2 points while shooting 53.3 percent from the field.

On the other side of this matchup is the Cal Golden Bears who sit with an 8-18 record overall and they have lost nine of their ten games. The only win during that stretch was four games against Colorado. In the last game against Oregon State, the defense was strong giving up only 59 points, but the offense scored only 57 points and that led to the defeat. Cal on the season is averaging 64.6 points per game while their defense is giving up 70.2 points per game. Matt Bradley has been the best player for Cal aeraging 18.7 points while shooting 45.8 percent from the field and 36.5 percent from behind the three point line.

Oregon is the better team they are going to have no issue winning this game. Look for Cal’s defense to struggle and that will be the difference as Oregon runs up the score. Back Oregon against the spread in this one. 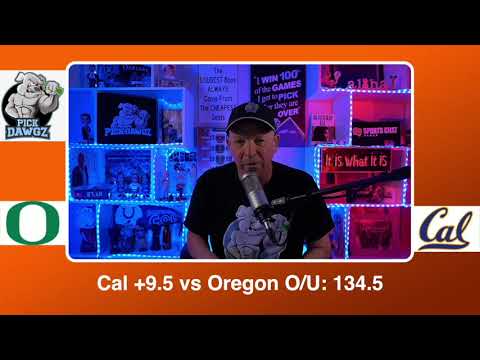