The Louisville Cardinals will travel to Cameron Indoor Stadium to take on the Duke Blue Devils this Saturday night in College Basketball action.

Defensively, Louisville is holding their opponents to an average of 65.8 ppg on 41.4% shooting from the field. The Cardinals have a rebound margin of 5.6 and a turnover margin of -0.7.

Defensively, Duke is allowing their opponents to average 71.2 ppg on 46.2% shooting from the field. The Blue Devils have a rebound margin of 2.8 and a turnover margin of 0.7.

Louisville picked up a nice win against Notre Dame, however, this is a team that has not played much basketball as of late (just 2 games since Feb. 1st) and a times have really struggled on the road as we saw at Wisconsin and more recently, North Carolina. Duke is playing like a team that knows it needs all the victories it can get to earn themselves an NCAA bid and between the fact that I think their offense will have success at home and that the Blue Devils seem to be finally playing to the level of their talent, I think the play here is to take the Blue Devils to cover. Good Luck! 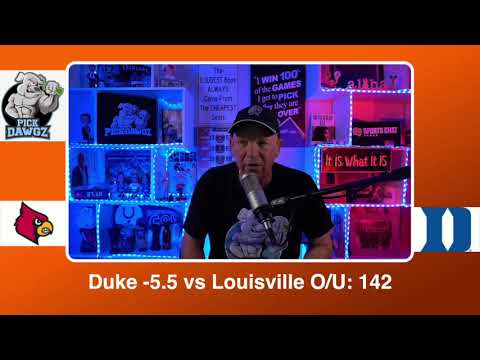