The Kansas State WIldcats and West Virginia Mountaineers face off on Saturday in a college basketball showdown at WVU Coliseum.

On the other side of this matchup is the West Virginia Mountaineers who come into this game with a 16-6 record overall and they have also won two games in a row. Two games ago against Texas they made a big comeback and ended up winning by two points, 84-82. West Virginia on the season is averaging 77.6 points per game while their defense is giving up 72.1 points per game. At home the offense is even better averaging 79 points per game and in this game it’s going to be about the offense running up the score early and to try to make Kansas State keep up. Guard Miles McBride has been the best player for West Virginia this season averaging 16 points while shooting 43 percent from the field 42.7 percent from behind the three point line.

Kansas State has looked good each of the last two games, but I think this is when their luck runs out. West Virginia’s offense is going to be the difference as the MOuntaineers come away with a cover of the spread. 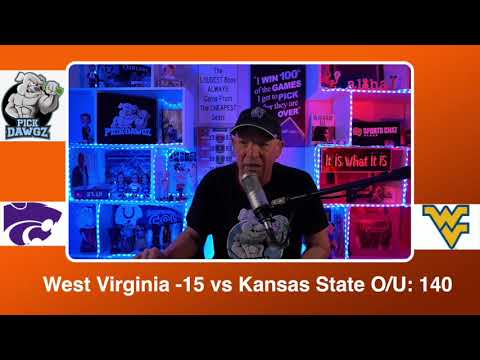