The Baylor Bears and Kansas Jayhawks face off on Saturday in a college basketball showdown at Allen Fieldhouse.

The Baylor Bears come into this game sitting with an 18-0 record overall but tey looked a little rusty in their first game back off a COVID break. In the last game against Iowa State, they were trailing at halftime and when the game was over they had only won by five points. Baylor overall this season is averaging 86.4 points per game while their defense is 63.3 points per game. Baylor is shooting 50 percent from the field and they are going to need the offense to be strong early in this game. Guard Jared Butler has been the best player for Baylor and he is currently averaging 17.1 points while shooting 49.3 percent from the field.

On the other side of this matchup is the Kansas Jayhawks who sit with a 17-8 record overall. Kansas has won five of their last six games with the only loss coming in their last game against Texas. They were able to force overtime, but it wasn’t enough as they were defeated by three points. Kansas is averaging 73 points per game while their defense is giving up 66.9 points per game. Kansas is shooting 43.4 percent from the field and 34.2 percent from behind the three point line. The biggest issue for this team has been with their inconsistency with the offense, and in this game they are going to need the offense to be strong early. Ochai Agbaji has been the best player for Kansas averaging 13.8 points while shooting 41.4 percent from the field.

Baylor shouldn’t be as rusty in this game, and that is going to lead to a lot of success by the visiting team. Kansas will struggle with their defense and that will be the difference as Baylor comes away with a cover of the spread, 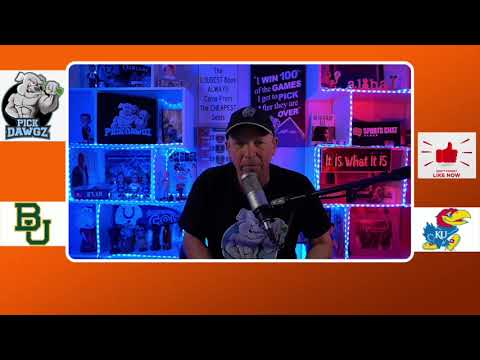