The Alabama Crimson Tide and Mississippi State Bulldogs face off on Saturday in a college basketball showdown at Humphrey Coliseum.

On the other side of this matchup is Mississippi State Bulldogs who sit with a 13-11 record overall and they have won two games in a row. Mississippi State’s defense was elite in the last game giving up only 48 points and that led to the victory. The Bulldogs on the season is averaging 70.1 points per game while their defense is giving up 65.6 points per game .Guard D.J. Stewart Jr has been the best player for the Bulldogs averaging 16.6 points while shooting 43.1 percent from the field and 35.9 percent from behind the three point line.

This is a bounce back spot for Alabama and they are going to have no issue getting the job done in this game. Look for Alabama's offense to be strong and that will be the difference as the Crimson Tide coming away with a victory. 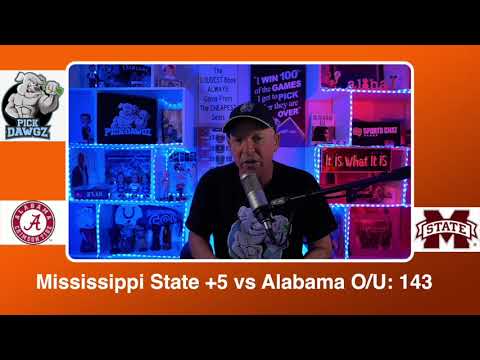