Purdue is coming off a 75-58 win over Nebraska in its last game on the road on February 20th. Purdue has now won two straight games and has won three of its last four games as well. Purdue is now in fifth place in the Big Ten standings, as the Boilermakers are 15-8 overall and 10-6 in conference play this season. Purdue is also 11-10-2 against the spread this season. Purdue's leading scorer so far this season has been F Trevion Williams, who has scored 16.0 points per game for the Boilermakers. Purdue as a team has scored 70.8 points per game and has shot the ball at a 44.7% clip from the field. Purdue has also allowed 66.3 points per game to its opponents as well.

Purdue opens as a 1-point favorite and the total is set at 140. I am going to take a shot with the home team in Penn State, as Purdue has five road losses in conference play this season, and Penn State has been decent at home. Penn State certainly has the talent to win this game outright, and I think the Lions get the job done. 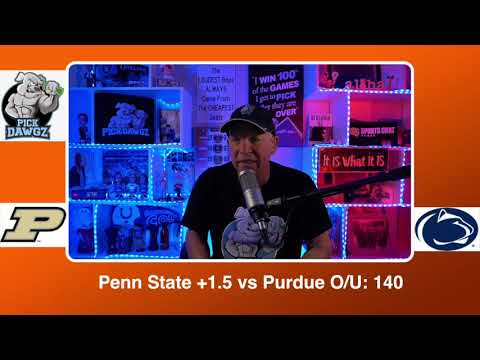