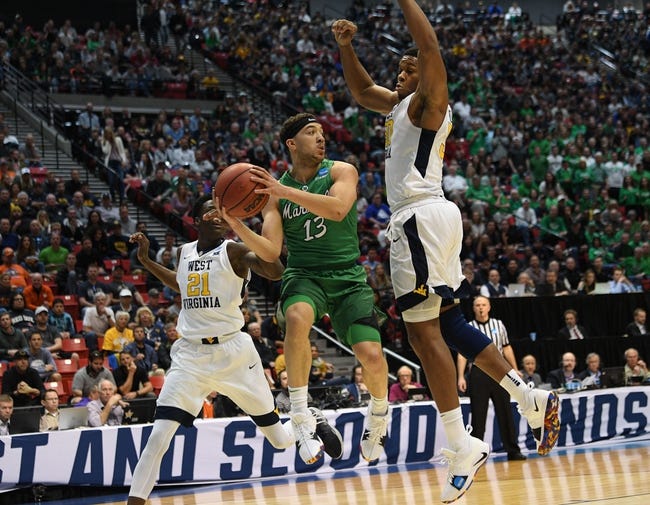 Marshall remains at home after winning their last two as hosts to Middle Tennessee. The Thundering Herd won their last game against MTU by a score of 96-85. They shot 60.7% from the field, 35.7% from three. Good ball movement was also displayed, as 22 of their 37 shots came via assist. Jarrod West led the way for Marshall with 29 points while adding 6 assists and 3 steals. Taevion Kinsey added 25 points and 4 points in what was a big night for Marshalls top scoring duo. On defense the Thundering Herd allowed the Blue Raiders to shoot 50% from the field, and the same from beyond the arc. The rebounding battle ended even at 29, as well as turnovers with 15 a piece. Marshall is averaging 82.5 points per game while allowing 73.2 to their opponents. Kinsey leads the team with 20.4 points per game, and a 56.9% field goal percentage. He also leads the team with 6.2 rebounds a game.

North Texas heads on the road to Marshall having won two straight at Southern Miss. In their most recent game, North Texas built a 17 point halftime lead and cruised to a 68-56 win. They shot 54.3%, and went 6-20 from beyond the arc. North Texas had assists on 10 of their 25 field goals. Javion Hamlet led the Mean Green with 21 points on 7-10 shooting from the field. Zachary Simmons contributed with 17 points and 6 rebounds. The Thundering Herd held the Golden Eagles to 40% shooting from the field, and 2-9 from three. North Texas lost the rebound battle 29-26. On the season they are averaging 72.3 points per game while allowing 61.6 to their opponents. Javion Hamlet leads the team with 13.4 points and 4.3 assist per game.

North Texas comes into this game having won their last three on the road. Marshall however has been very good at home, with a 6-2 record this season. The Thundering Herd have also been shooting the ball extremely well, increasing their field goal percentage in each of the last 5 games. I like Marshall to continue their hot shooting and cover the spread at home.