Nevada is coming off a 73-62 win over Boise State in its last game on February 7th at home. Nevada has been off for more than two weeks due to COVID-19 issues, and the Wolf Pack will not be given an easy game here on the road. Nevada has won four straight games and is 14-7 overall this season. Nevada is also 9-5 in conference play, putting the team in fifth place in the Mountain West standings. Nevada is a whopping 15-5 against the spread this season. Nevada's leading scorer so far this season has been G Grant Sherfield, who has scored 18.9 points per game for the Wolf Pack. Nevada as a team has scored 73.0 points per game and has shot the ball at a 44.9% clip from the field. Nevada has also allowed 67.1 points per game to its opponents as well.

Utah State opens as an 8-point favorite and the total is set at 141.5. I am going to take Utah State here for a few reasons. Utah State is home, and has had the luxury of rest, but not too much rest like Nevada. Utah State holds a clear advantage in the frontcourt with Queta leading the way. I expect a strong defensive performance by Utah State and a double-digit win. 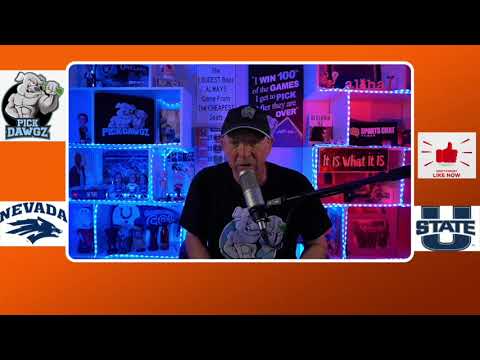