George Washington faces St. Bonaventure on Friday, February 26th at the Reilly Center for an NCAA basketball A10 matchup.

St. Bonaventure opens as a 14.5-point favorite and the total is set at 138.5. Despite beating Rhode Island and keeping things rather close against George Mason, St. Bonaventure is a different animal. I do not see the Bonnies having any issues winning this game by upwards of 20 points, so I will lay the lumber at home with St. Bonaventure. 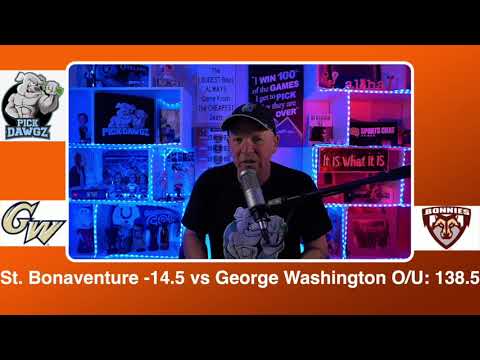