The Fresno State Bulldogs and UNLV Runnin Rebels face off on Friday in a college basketball showdown at the Thomas & Mack Center.

These two teams faced off on Wednesday and it was Fresno State that was able to come away with a 67-64 loss. Guard Isaiah Hill was the best player for Fresno State finishing with 19 points and seven assists. UNLV was led by Bryce Hamilton who finished with 27 points and six rebounds.

On the other side of this matchup is the UNLV Runnin Rebels who sit with a 10-12 record overall and they have won two of their last three games. UNLV on the season is averaging 67.5 points per game while their defense is giving up 70 points per game. Guard Bryce Hamilton has been the star for UNLV averaging 18.7 points while shooting 43.7 percent from the field and 30.9 percent from behind the three point line.

Fresno State has dominated this series and there is no reason to believe it's going to be different in this game. Look for Fresno State’s defense to be good and that will lead to the Bulldogs coming away with a cover of the spread. 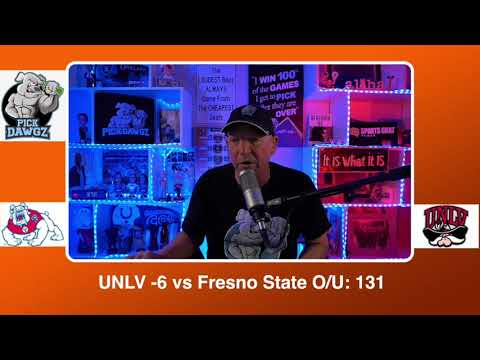