The Drake Bulldogs and Bradley Braves face off on Friday in a college basketball showdown at Carver Arena.

The Drake Bulldogs have found a whole lot of success this season and coming into this game they sit with a 23-2 record overall. Drake has won four games in a row and they have also covered the spread in all four of their games. In the last game against Evansville, the offense was strong 74 points and that led to a 11 point victory. Drake is averaging 77.4 points per game while their defense is giving up 64.1 points per game. Forward ShanQuan Hemphill has been the best player for Drake averaging 14.1 points while shooting 58.7 percent from the field.

When these two teams face off the over has been a strong play and there is going to be no shortage of scoring in this game. Look for a high tempo game for the over to cash. 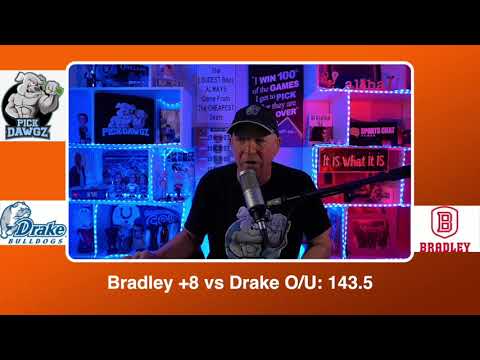