The Washington State Cougars will travel to the McKale Center to take on the Arizona Wildcats this Thursday night in College Basketball action.

The Washington State Cougars won their 2nd straight game and improved to 14-10 on the season after defeating the Stanford Cardinal, 85-76 in 3OT, this past Saturday. Washington State was able to force OT after Noah Williams hit a game-typing three-pointer with just :06 seconds left in regulation and the Cougars were able to pull away in triple-OT after holding Stanford scoreless for the entire triple-OT period. Washington State shot 36.0% from the field and 32.5% from beyond the arc while Stanford shot 51.7% from the field and 41.2% from beyond the arc. Washington State outrebounded Stanford by a 48-36 margin and forced 23 turnovers in the victory. Leading the way for the Cougars was Noah Williams who had 40 points, 5 rebounds, 2 assists, & 3 steals.

Defensively, Washington State is holding their opponents to an average of 67.1 ppg on 41.1% shooting from the field. The Cougars have a rebound margin of 3.3 and a turnover margin of -1.9.

Defensively, Arizona is allowing their opponents to average 68.5 ppg on 43.1% shooting from the field. The Wildcats have a rebound margin of 7.5 and a turnover margin of 0.5.

Arizona picked up a great road win against USC, however, this is still a team that has lost 4 of their last 6 games and has struggle offensively in those losses, averaging just 64.5 ppg. Washington State might not have their leading scorer in Isaac Bonton, however, the Cougars have gotten plenty of offensive support as of late from Noah Williams and as I think the Cougars defense, which ranks 91st in scoring defense & 68th in defensive FG%, will be able to keep this game competitive, I think the play here is to take Washington State and the points. Good Luck! 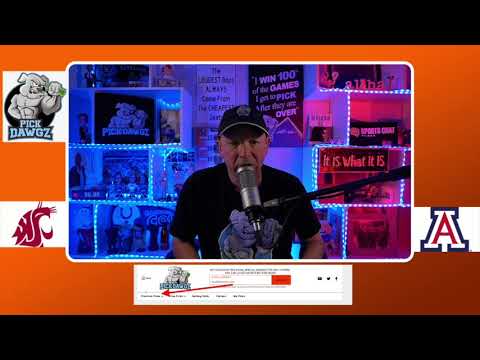