Where to Watch: CBBSN Stream College Basketball all season on ESPN+. Sign up now!

The Santa Clara Broncos and Gonzaga Bulldogs face off on Thursday in a college basketball showdown at the McCarthy Athletic Center.

The Santa Clara Broncos come into this game with a 10-6 record overall but coming into this game they have lost two of their last three games. The one win during that stretch was in their last game against Pepperdine, a game they scored 86 points in. Overall this season Santa Clara is averaging 65.6 points per game while their defense is giving up 67.9 points per game. Santa Clara is shooting 40.8 percent from the field but only 28.6 percent from behind the three point line. Josip Vrankic has been the best player for Santa Clara averaging 15.4 points while shooting 43.5 percent from the field and 26.2 percent from behind the three point line.

On the other side of this matchup is the Gonzaga Bulldogs who sit with a 22-0 record overall and each of the last three games, Gonzaga has come away with a cover of the spread. Gonzaga on the season is averaging 93.4 points while their defense is giving up 69.1 points per game. Gonzaga is shooting 55.4 percent from the field and 35.8 percent from behind the three point line. Forward Drew Timme has been the best player for Gonzaga averaging 19.1 points while shooting 64.9 percent from the field. Freshman Jalen Suggs has also been impressive averaging 14.1 points, 5.4 rebounds, and 4.3 assists per game.

Gonzaga has been the better team and they are going to have no issue winning this game in blowout fashion. Look for Santa Clara’s offense to struggle and that will be the difference in this game. Back Gonzaga against the spread. 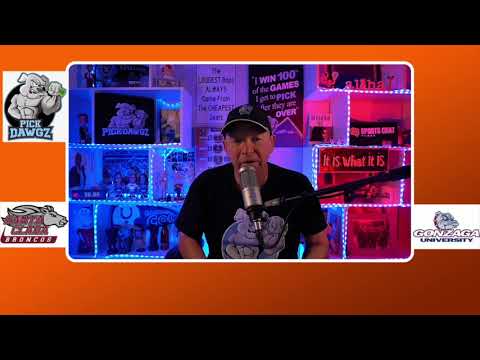